by Rev. Stephen Baba Panya Press Release on The False Accusation That ECWA Forces Persons, Including Almajiri, To Convert to Christianity The attention of the leadership of the Evangelical Church Winning All (ECWA), has been drawn to some distorted media report that the Department of State Security, (DSS) agents raided […]

by Rev. Sunday Bwanhot | Jesus answered, “I am the way and the truth and the life. No one comes to

by Doxa In the 10th century Prince Vladimir I, converted by missionaries from Byzantium, adopted Christianity as the official religion for Russia, and for nearly 1,000 years thereafter the Russian Orthodoxy is the most widely professed faith. Other Christian denominations are much smaller and include the Old Believers, who separated […]

Jesus Christ Savior | The Protestant Reformation resulted from the failure of the Catholic Church to reform itself in time. The dark side of the thirteenth

by eCommunicator Archaeologists unearth monks’ cells and churches with biblical inscriptions dating back to the early Coptic era. Archaeologists in Egypt have unearthed the remains of Christian ruins in Egypt’s Western Desert, revealing monastic life in the region in the fifth century AD according to the Egypt’s Ministry of Tourism […] 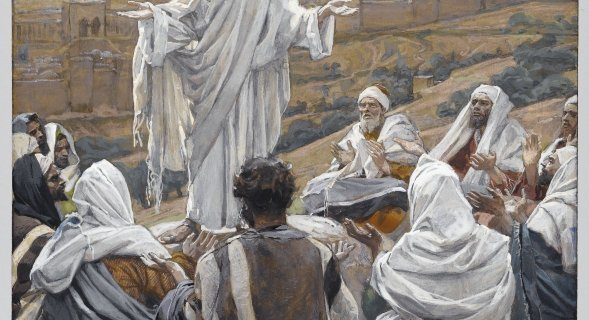 by Jesus Christ Savior Prayer is the opening of one’s heart and soul in a conversation with God, and thus is an expression of faith in a relationship with God. Jesus himself prayed often, as noted in the Gospel of Luke – before his Baptism (3:21), after healing the sick […]

by Monica Migliorino Miller The Catholic Church in America has been thrust into a new and unprecedented crisis: namely the election of Joseph Biden to the presidency. If not dealt with properly, Biden’s presidency will cause serious damage to the very truth of what it means to be Catholic. Of […]

by James Spencer & Hal R. Boyd & Jason Carroll From a global pandemic and nationwide protests to a contested presidential election, this year seems tailor-made to expose America’s partisan fault lines. Those hoping for a blue or red wave to unite the country on election night were undoubtedly disappointed. […]

by Joseph T Stuart We are victims of our century, wrote one of the Carmelites of Compiègne before going to the guillotine in 1794, “and we must sacrifice ourselves that it be reconciled to God.” Attacks on Catholic churches, anti-Christian elites, and suffocating political correctness—the eighteenth century witnessed cultural conflict […]

by Got Questions How is the Christian religion different from all the other world religions? (Image by Share Change/YouTube) Religion is the practice of faith; that is, religion is the external or ceremonial observance of a set of beliefs. Technically, there is a difference between faith (the internal attitude) and […]