Here are the current news from around the world

by eCommunicator A painting by the late Nigerian master painter and sculptor Ben Enwonwu this week sold for $1.4m at an auction in the British capital, London. The painting, titled Christine, was the portrait of Christine Elizabeth Davis, an American hair stylist of West Indian descent. The painting was completed […]

by Aisha Salaudeen, CNN Neurosurgeons are known as skilled operators. But straddling surgeries across two continents? That’s a different skill entirely. Dr. Olawale Sulaiman, 49, is a professor of neurosurgery and spinal surgery and chairman for the neurosurgery department and back and spine center at the Ochsner Neuroscience Institute in […]

by eCommunicator Nearly 500 men and boys have been rescued from a building in the northern city of Kaduna, where the detainees were allegedly sexually abused and tortured according to a Nigerian police. Men and boys as young as five were found in shackles at what was thought to be […]

by Dina Temple-Rasto The crowded room was awaiting one word: “Fire.” Everyone was in uniform; there were scheduled briefings, last-minute discussions, final rehearsals. “They wanted to look me in the eye and say, ‘Are you sure this is going to work?’ ” an operator named Neil said. “Every time, I […]

19 year old Babs Cardini is a Nigerian magician who wows people on the street of Lagos with his bags of tricks. The teenagersaid he hopes to be one of the best in the world at what he does. Meet Babs Cardini A 19 year old Nigerian Magician Babs Cardini, […]

by Africa News Zimbabwe’s founding president Roberty Mugabe will be buried on on Sunday, September 15, having passed on last week in Singapore, at the age of 95. Having ruled the Southern African nation for 37 years, until he was ousted by the army in November 2017, Mugabe’s legacy continues […]

by Tunde Ososanya The Federal Bureau of Investigation (FBI) in the United States has apprehended a Nigerian serial entrepreneur identified as Obinwanne (Invictus Obi) Okeke. Legit.ng gathers that Okeke, who was listed among Forbes 100 Most Influential Young Africans 2018, was arrested by the FBI over $12m fraud. The FBI […]

by Africa News ALGERIA with AFP, AP A jubilant crowd gathered at the International stadium in Algiers on Friday night to celebrate another African Cup of Nations win. Algerian football fans wore the colors of their national flag, green, white and red to make merry. “We won! Thanks be to […] 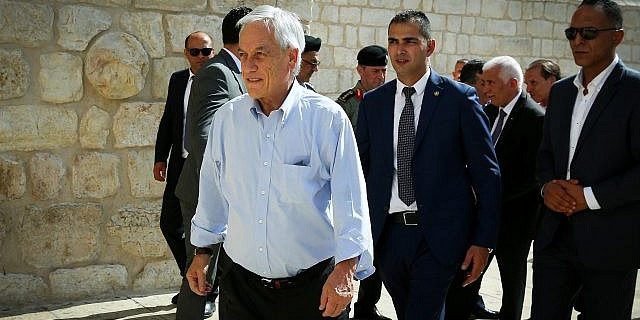 Israel had agreed that Piñera could go up to the Temple Mount, known to Muslims as al-Haram al-Sharif – but presumed he would do so, as is customary, together with Wakf officials (Times of Isreal). Chilean President Sebastian Pinera apologizes to President Reuven Rivlin for visiting the Temple Mount with […]

by Rev. Henry Bello, ECWA USA DCC Secretary | Glory be to God! Ten of ECWA Church, Dankade members that were kidnapped three weeks ago have been released according to Zaria DCC Secretary of the church, Rev Nath Waziri. Breaking News!!! A senior Pastor of Evangelical Church Winning All (ECWA), […]