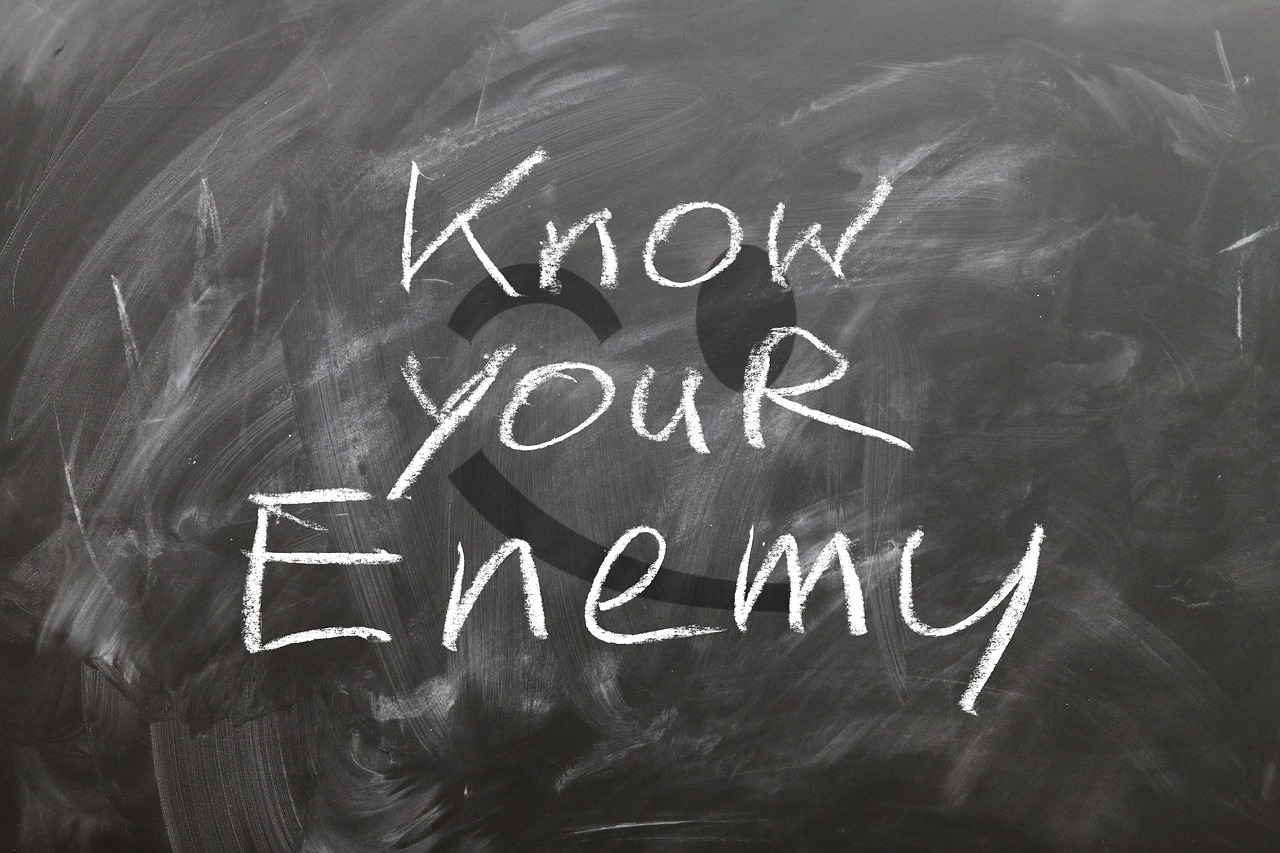 We are trying to live the faith in a bad time.

The engines of the mass phenomena are all ranged against us: schools and colleges, television, newspapers, Hollywood, and government. Our leaders bring to mind the state of affairs that Donne describes in his plea to God to take him by storm:

Reason, your viceroy in me, me should defend,
But is captived, and proves weak or untrue.

We ourselves are tentative, or we flail about. How can we best present the faith to a people glutted with half-truths, falsehoods, bad reasoning, and the fevered emotions of political enmity? In such a time, it’s tempting to let disgruntlement get the better of us and go after the easy target: our fellow faithful Christian, whose way of confronting troubles is not ours.

A little history may serve us well
Cato the Elder was, for better and for worse, Roman to the core. He lived austerely and was proud of it. He worked his farm beside his slaves and (what prompted a remarkably long passage of moral condemnation from Plutarch) sold them off when they were too old to work. He offered his services as a lawyer and orator for free, and so built up a cadre of grateful admirers. He longed for the highest offices in the state, and he got them. When he became censor, he struck from the senatorial ranks all men whose private lives did not measure up to his severe standards. That earned him the enmity of the upper class, but it pleased the common people immensely.

Cato was no mere politician. He was also a soldier and a general: he did signal work at the Battle of the Metaurus in 207 B.C. against Hasdrubal, brother of Hannibal. Had the brothers been able to unite their armies—Hasdrubal coming from the north to join Hannibal in the south—ancient Rome might have become no more than a curiosity for historians and archaeologists. But the Carthaginians were put to rout. The Romans cut off the head of Hasdrubal, transported it south, and pitched it into his brother’s camp.

Hannibal eventually had to leave Italy to defend Carthage itself, threatened by the armies of Publius Cornelius Scipio—who was also, mostly for the better, Roman to the core. Scipio was notably easy with his men. His enemies in Rome, principally Cato and Quintus Fabius Maximus, dubbed him Cunctator (“the Delayer”) for his long war of attrition against Hannibal. They seized upon his leniency to condemn him.

Scipio himself was no epicure. His way of securing the loyalty of his men was not that of Cato or Fabius. It was Scipio who finally defeated Hannibal in North Africa, at the battle of Zama in 202 B.C. The Roman legions received crucial assistance from the Numidian king Massinissa, who was won over by Scipio’s intelligence and grace.

Cato and Scipio hated one another. Cato hated Carthage, and wanted it destroyed, and that was just what Scipio’s descendant, Scipio Aemilianus, did. But Cato hated the younger Scipio, too, condemning him for introducing Greek ways and Greek thinking into old-fashioned Rome. For their part, the Scipios hated their in-laws, the Gracchi brothers, for pushing land reforms that would take property out of senatorial hands and help to settle Rome’s veterans on farms. Tiberius and Gaius Gracchus would be assassinated, and Scipio Aemilianus himself, who seems to have played a role in the first brother’s death, died under suspicious circumstances. Cato the Elder, Scipio Africanus, Scipio Aemilianus, Fabius Maximus, Tiberius and Gaius Gracchus— excellent men and true patriots every one of them, but interlaced with hatreds.

None of those Romans was a traitor to the state. Rome had plenty of them in the succeeding century. Catiline was a traitor. Caesar, who was secretly friendly to Catiline, had himself proclaimed dictator for life. Cicero, who brought Catiline down, bowed out of public life when his old friend and enemy Caesar took control of the state. Then Cicero’s friend Brutus, seeking to liberate Rome from autocracy, conspired with envious and ambitious men to assassinate Caesar.

How can we tell a Catiline from a Cato, or a Caesar from a Scipio? Not by personality or by tastes, but by principles.

The person who believes that innocent human life is never deliberately to be destroyed, and who agrees that this teaching is—under current conditions prevailing in the West—to be extended to include those guilty of punishment deserving death, is not your enemy. The person who demurs about the latter, because he does not find the arguments to be cogent, is not your enemy. I’m assuming that the former person doesn’t believe that the Church ever taught falsehood or wickedness, and that the latter person is willing to be persuaded and is not rejecting arguments because of who is making them.

The person who believes that a state should be generous in accepting immigrants and refugees, within bounds established by law, is not your enemy. The person who believes that the state’s first responsibility is to its own poor, and that caution in the matter of immigration is warranted, is not your enemy. I’m assuming that the former person doesn’t desire a fundamental change in the nation’s character or electorate, and that the latter does want to protect the wages of the working class and isn’t simply posing.

The person who believes that marriage is, by the design of the Creator, a lifelong and exclusive union of one man and one woman, but who believes that people who fall afoul of this truth are to be treated with decency—because we are all sinners, and in the course of justice none of us should see salvation—is not your enemy. The person who believes that what looks like indifference toward one or another way of thus falling afoul will place vulnerable people in jeopardy, and that therefore decency should never imply approval or indifference or making light of the harm that the sin causes, is not your enemy. I am assuming that both persons understand that the Church’s teachings on sex and marriage are liberating and are to be celebrated with gratitude and joy; and that sins against them are pernicious, working their immediate and inexorable harm (as all sins do) upon the people who commit them.

So with other areas of contention
When the ends are the same but the means are in question, never forget that arguments about means will rarely be decisive. There are too many factors for any one person to consider, and we must act in partial knowledge of the present, and with vague conjectures as to the future.

For example, I want to revive marriage in my country. So does my interlocutor. I believe that, in order to do so, boys and girls should sometimes be kept separate: we should reconsider single-sex schooling. My interlocutor is worried that segregation will produce boys and girls who don’t get along with each other at all. I reply that they aren’t getting along now, when they are mixed together indiscriminately, so we have nothing to lose. But so long as we both want a lot of healthy and happy marriages, we’re not enemies.

I believe that raising the minimum wage without reference to the ages of those receiving it will have the perverse result of pushing young people out of employment. My interlocutor believes that a just wage must suffice for a grown man to support his wife and children in a becoming way, and so the minimum wage should be raised considerably. I reply that that will require a re-structuring of labor, and the intention to allow businesses to favor heads of households over others. My interlocutor begins to worry about unjust discrimination. We’re groping toward a better way of getting things done; we are not enemies.

Now, my fellow Catholics, can we get to the work in hand? There’s more than enough, and it’s urgent.

Author: Anthony Esolen
Anthony Esolen, a contributing editor at Crisis, is a professor and writer-in-residence at Northeast Catholic College. Dr Esolen has authored several books, including The Politically Incorrect Guide to Western Civilization (Regnery Press, 2008), Ten Ways to Destroy the Imagination of Your Child (ISI Books, 2010) and Reflections on the Christian Life (Sophia Institute Press, 2013).

Focus on the Commander