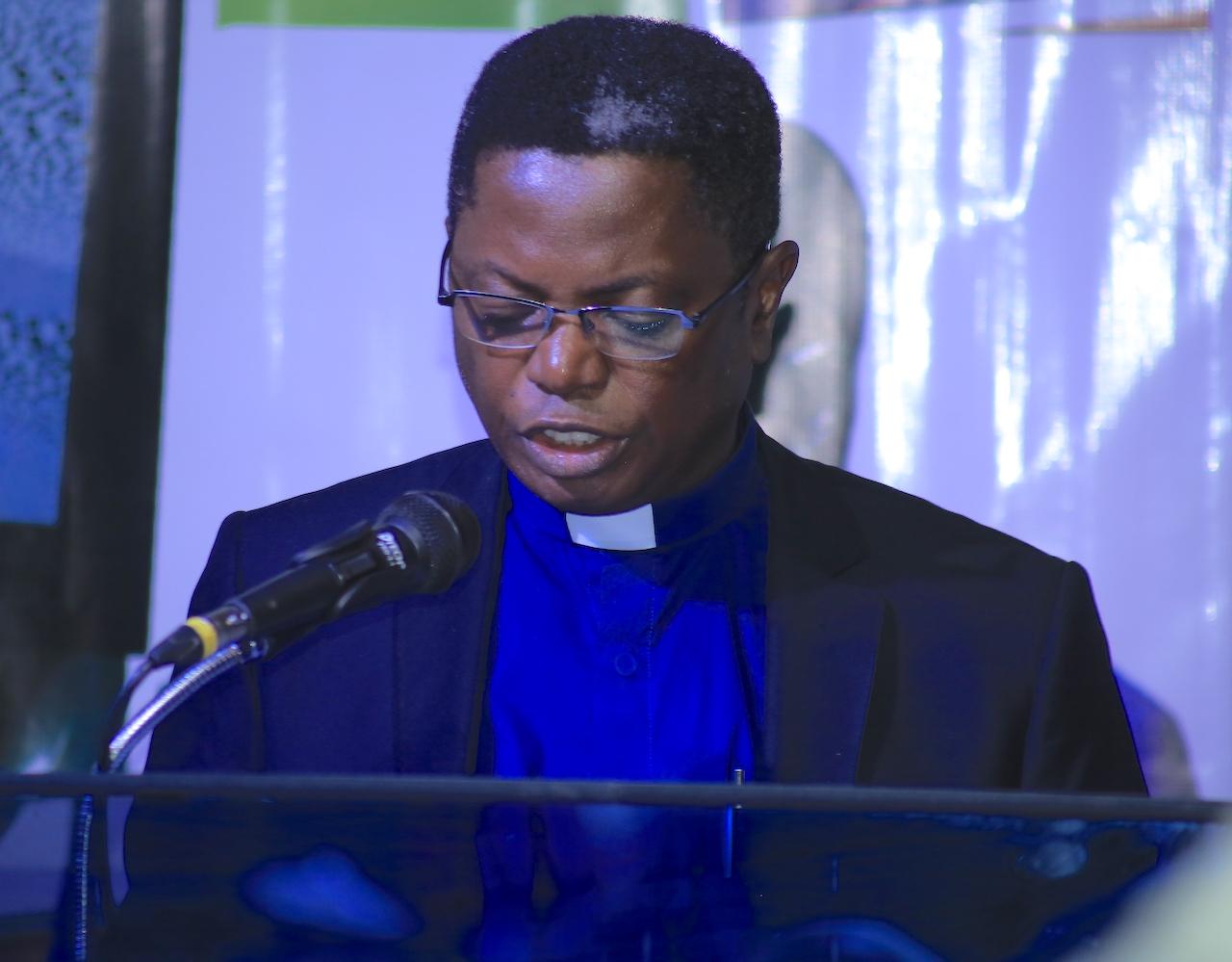 Download Press Statement by ECWA President, Rev. Stephen Panya, on the Ongoing Genocide Against Christians in Southern Kaduna by Fulani Militia and Jihadis

1. It has become pertinent again for the Evangelical Church Winning All, ECWA, to express deep concern on the ongoing decimation of Christians in Christian Communities of Southern Kaduna with brazen impunity by Fulani militia, and to call upon the state and federal governments to stop the killings of Christians in that state.

2. It is very disturbing that these daily onslaughts on Christians in Kaduna state and Southern Kaduna in particular, have been going on for too long unattended by the Federal and State governments as if the lives of Christians no longer matter in the areas under attacks.

3. It is even more worrisome and curious that these attacks on agrarian Christian communities have become heightened in this farming season when the people who are expected to be actively engaged in their farms have been displaced and denied access to their farm lands. This is suggestive of a complete state of anarchy.

4. One of such recent unprovoked attacks by the armed Fulani militia on peaceful farming communities was in Chibob village of Zangon Kataf Local Government Area of Kaduna State that occurred in the early morning hours of Friday, 10th July, 2020 under an ongoing 24 hours curfew rigidly imposed on the area. Nine (9) persons, mostly women and children, were murdered in their sleep without any intervention by security agencies deployed in the Local Government to enforce the curfew.

5. As the curfew persisted, in the early morning hours of the following day being Saturday the 11th July, 2020, these Fulani Militia continued their attacks in neighboring remote communities. In particular, they attacked Kigudu community which is close to Chibob, located at the boundary between Zangon Kataf and Kauru Local Government Areas. This led to the death of 10 women, one infant, and one old man who were burnt to death inside a house they had taken refuge in. Some of the corpses were burnt into ashes. They set four homes ablaze bringing the death toll to twelve (12) in that community.

6. With the curfew still in rigid enforcement except on the Fulani Jihadis, Anguwan Audu, a Surubu village, still under Gora ward was invaded the following morning of 12th July, 2020 where the village was looted and entirely burnt with one person killed.

7. This brought the total death toll to 22 persons in three days of unbroken attacks under a 24 hours strictly imposed curfew that has been running for over a month.

8. Sadly, these three-day onslaughts against the peaceful Christian communities went on without the intervention of the armed security forces deployed to the areas to enforce the curfew. Yet the villagers were restricted in their homes on account of the curfew and prevented from putting up any resistance to defend their communities against the attackers.

9. There was another attack on Sunday, 19 July 2020 on Kukun Daji where 20 people were killed in a midnight raid.

10. Also, of serious concern is the continuous attacks and killings in the in Adara Christian villages of Kajuru Local Government Area where vast farm lands and villages have been taken over and now are being occupied by the Fulanis.

11. It would be recalled that the Adara Paramount Ruler was killed alongside his aides in a very gruesome manner in 2018 by the same suspected armed Fulani herdsmen….

13. The manner in which these attacks are being launched against Christian communities suggest clearly that the invaders are encamped in not too far locations from the villages. Yet, the state and federal governments have not done much to confront the attackers or stop the killings.

14. The belated attempt of recent by the Federal Government spokesman, to explain these killings as an evil combination of politically-motivated banditry, revenge killings and mutual violence by criminal gangs acting on ethnic and religious grounds, and calling on the security forces to intensify their effort against the killings, is not different from the normal rhetoric which have often amounted to nothing.

15. We have said it several times that in face of the dismal security situation, the time was long overdue for the Service Chiefs to go. We once more emphatically lend our voice in full support of the resolution adopted by the Senate during plenary calling on the Service Chiefs to resign or be sacked by the President due to the multi-pronged security challenges in the country. The security leadership architecture of this country needs to be urgently restructured for it to be more inclusive and to reflect the various diversities of our nation, in order to be more effective in accomplishing its mandate of protection of lives and properties of citizens and defending our nation from internal insurgencies and external aggression.

16. ECWA is particularly worried that these continued massacres and destructions in our Christian communities have become too much to bear, considering the fact that that the state government and especially the federal government have neither said anything of worth about the killings nor have shown concern on the plights of the communities whenever they are attacked. There are no sympathy visits to the remnant victims in the communities. There are no steps taken to alleviate their sufferings by providing relief materials to them since they have been made Internally Displaced Persons in their thousands.

17. With these recent attacks and impending ones on Christian communities enumerated above and hundreds more across Nigeria, as the Fulani Militia are still sending strong warnings and threats, many of these threatened communities have consequently relocated to surrounding communities, thereby creating a very serious humanitarian situation where they need relief materials like foodstuffs, medical facilities, mattresses and blankets, clothing and other necessities.

18. ECWA is therefore calling on the Kaduna Sate government in particular, and the Federal government, to show more commitment and sincerity in securing the Christian communities in the southern part of Kaduna state.

19. We appeal to the states, federal government and humanitarian organizations to urgently reach out to these communities across the local governments that are currently displaced and to do everything humanly possible to stop the killings and protect the people from further attacks. It is summarily unfair to place a curfew on indigenous communities while letting their enemies go after and cut them down defenselessly.

20. In light of the glaring failure of the State and Federal Governments to protect the people, communities should be allowed under the supervision of security outfits, to reasonably arm themselves for self-defense, since the security outfits have admitted that they are overwhelmed and unable to provide adequate security as they would want to.

21. Nevertheless, ECWA still pleads with the security agencies to be alive to their responsibilities of protecting the lives of all citizens and to be fair in their engagements in the communities.

22. The Church hereby extends its sympathy to families and communities who have suffered losses as a result of these attacks and pray that God Almighty will continue to comfort and strengthen their faith through these trying moments.

23. Christ has promised to and is building His Church and the gates of Hades shall not prevail against it (Matthew 16:18).