” Prayer is the soul’s sincere desire, uttered or unexpressed. The motion of a hidden fire, that trembles the breast.”- James Montgomery
“We have to pray with our eyes on God, not on the difficulties”. Oswald Chambers.
” Prayers don’t have to be long or eloquent They need only come from a sincere and humble heart”. Author unknown.
” God understands our prayers even when we can’t find words to express them.”- Author unknown
” If you are a stranger to prayer, you are a stranger to the greatest source of power known to human beings”.- Billy Sunday
“We are never nearer to God than when we are praying.” Joseph Ezeigbo 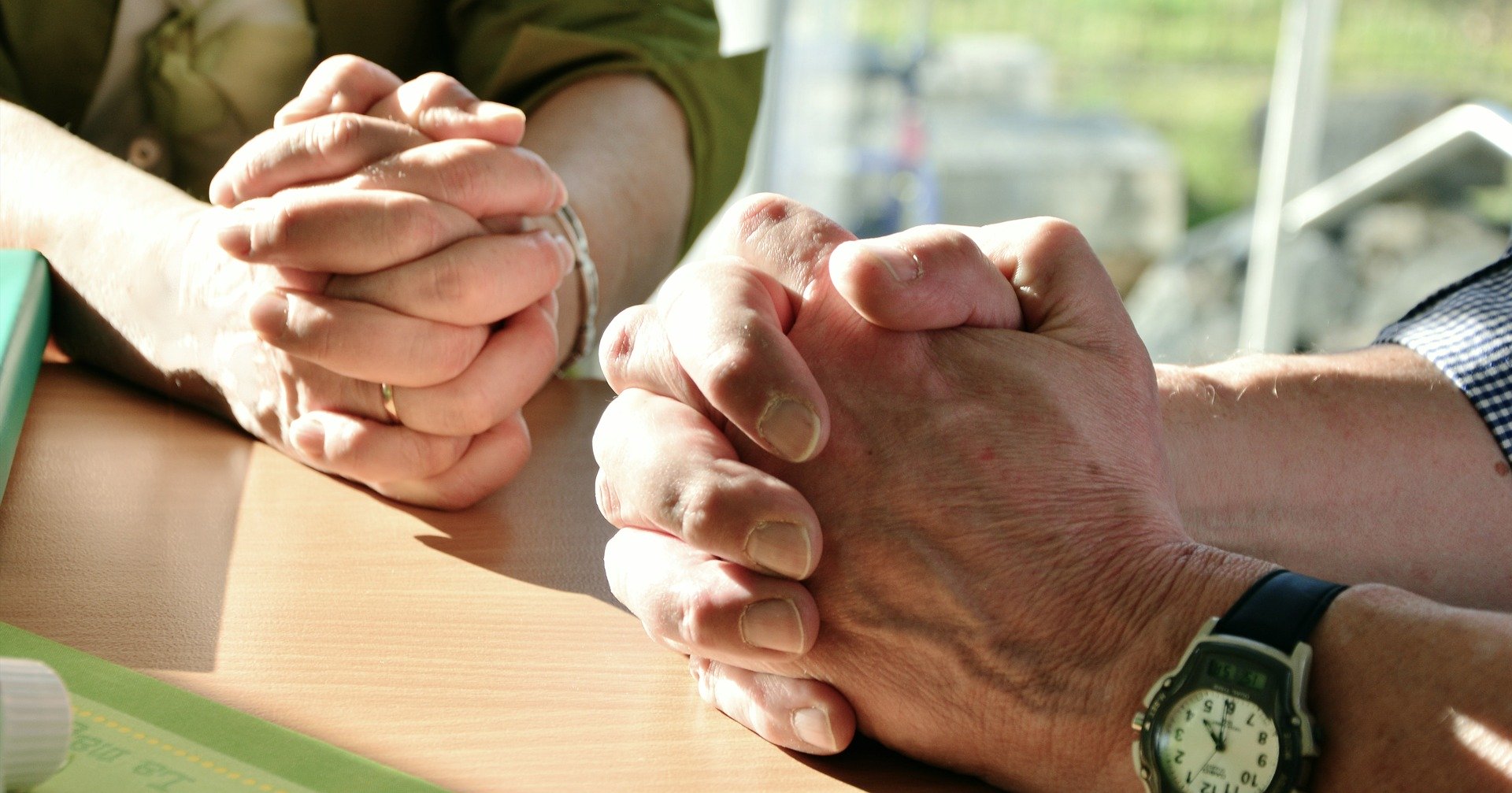 The April Prayer Marathon in ECWAUSA prompted the interruption of the series on the Gifts of the Holy Spirit (Charismata). The series will resume in the next Pastoral Letter.

Prayer is a universal practice in all religions and cultures and shares a common meaning and understanding whenever it is practiced. It is an expression of human weakness and inadequacy to fend for one’s self. Prayer is a beckoning upon the supernatural or a power higher than one’s self. It is an absurdity when human arrogance prompts into a despicable attitude such as described in Job 21:14-15, ” Yet they say to God ‘ Depart from us, for we do not desire the knowledge of Your ways. Who is the Almighty, that we should serve Him? And what profit do we have if we pray to Him?

From a Christian perspective, prayer is a declaration of human dependence upon God. The Scripture abounds with typical examples of people who prayed and obtained answers to their petitions and supplications. But at the same time, prayer is riddled with many difficulties when it comes to receiving the outcome. These unanswered questions often result in skepticism or a total abandonment of prayer.

THE RESPONSE OF FAITH

The answer to despair which leads to the abandoning of prayer is faith. The Bible says, “Without faith it is impossible to please God.” Heb. 11:6. Faith is a prerequisite for prayer. The ancient maxim of the scholastic theologian, Anselm, (originated by St. Augustine) Credo Ut Intelligam, ( I believe in order to understand) has a strong relevance to prayer. When God commands us to pray, He does not at the same time promise a time frame or a method of answering the prayer. That needs to be taken by faith. The author of Hebrews defines faith in this manner, ” Now faith is the substance of things hoped for, the evidence of things not seen.” Heb.11:1. It is by faith that the ancients obtained a good testimony. Heb.11:2. And it is by faith that we believe that the universe was created out of nothing (ex-nihilo). Heb.11:3. Faith demands trust in whom God is- His omni-potent, omni-science attributes and His sovereignty. Isa.40:12-14,18-31; Ps.115:3. God’s thoughts and ways are exceedingly beyond human comprehension. Isa.55:8-9. Jesus Himself taught us to pray by faith. Mk.11:22-24. He expects faith from His followers at His return. Lu.18:8. Faith has no limit when it comes to prayer. James declares that prayer offered without faith would not obtain an answer from God. Jas.1:5-7. Faith is also necessitated by the fact that God’s ways are past finding out. Rom.11:33. As fervent as any prayer may be, only God can determine its outcome. The human responsibility is to pray in obedience and leave the result in God’s hands.

THE MYSTERY OF PRAYER

Prayer like a coin, has two opposite sides-the known mystery and the unknown mystery. In the New Testament, mystery is generally understood as a revealed hitherto unknown secret. Eph.3:3-5,9-10.

The Known Mystery of Prayer

While the depths of prayer exceed human comprehension, the Scripture provides several admonitions and examples of answered prayers.

In his small classic, How to Pray, (highly recommended) R.A Torrey lists many other reasons for the necessity of prayer. All these explain why prayer is a known mystery- because prayer works.

BUT… PRAYER IS STILL AN UNKNOWN MYSTERY

The paradox of prayer is that while there are countless lists of answered prayers, so also are seemingly unanswered ones. Whereas the answer to some prayers is immediate, others are seemingly denied or delayed ad infinitum.

Some examples can be likened to:

There is no prescribed formula for revival apart from the commonalities of yearning hearts and persevering prayers. Yet still sometimes, with so much agonizing prayers, revival still tarries. All these inexplicable circumstances and varying situations have no easy answers, but demand for faith and obedience. They call for persistence and persevering prayers. The worst possible experience that could happen to a praying believer is despair. The prophet Habakkuk despaired when his prayers seemed unanswered and when God replied and told him how He is going to answer his prayers. Hab.1:1-4,12-17. After he recovered from his despair, he made a firm resolution.3:17-19.

Habakkuk was not alone. The psalmist also became despondent when he viewed the inequities and seeming injustice in the affairs of life.Ps.73:2-16. Another psalmist experienced depression when he was mocked by the same people with whom he had worshipped who have become his enemies. Ps.42:3-6,9-11.

Both Habakkuk and the psalmists suffered their various difficulties, not because of any sin or misconduct of theirs, but on the contrary, when they were seeking for God’s honor, justice and righteousness to prevail. Their prolonged prayers and waiting seemed to deepen their volatile conditions.

GOD ALONE HOLDS THE KEY TO THE UNKNOWN MYSTERIES OF PRAYER

Tucked in the four verses of Exodus 30:34-38 lay hidden the elusive answer to the mysteries of prayer.

And the LORD said to Moses: Take some sweet spices, stacte and onycha and galbanium, and pure frankincense with these sweet spices; there shall be equal amounts of each. You shall make of these an incense, a compound according to the art of the perfumer, salted, pure, and holy. You shall beat some of it very fine, and put some of it before the Testimony in the Tabernacle of meeting where I will meet with you. It shall be most holy to you. But as for the incense which you shall make, you shall not make any for yourselves, according to its composition. It shall be to you holy for the LORD. Whoever makes any like it, to smell it, he shall be cut off from his people.

Both in the Old and New Testament, incense symbolizes prayers of God’s people. Exo.30:7-8; Ps.141:2; Rev.5:8; 8:3-4; However, this special incense which composition was prescribed by God was made exclusively for Him. This incense appears more sacred than the holy oil because of its very restricted use. The holy oil was used to anoint the furniture of the Tabernacle and the priests. Exo.30:22-33. But the incense was restricted for God alone. God also commanded for a portion of this incense to be deposited in the innermost sanctuary of the Tabernacle. The severe warning that none other but God alone should smell the fragrance of this incense is instructive that the secret of the fragrance, meaning the essence of the perfume is known to God alone. Just as God alone smells the fragrance of this incense which represents the prayers of the saints, in like manner, God alone knows and reserves the mystery to all prayers, both the known and the unknown. None but God alone knows and determines the timing, the method of answering and outcome of all prayers. The forbidden fragrance of the incense symbolizes that the mystery of prayer exceeds human knowledge and comprehension. The human responsibility is obedience to praying as taught and commanded severally in the Scriptures. ” The secret things belong to the LORD our God, but those things which are revealed belong to us and to our children forever that we may do the words of this law. Deut.29:29.

Prayer is not the only mystery that God is its title holder. There are many other secrets and mysteries that God reserves to Himself. Dan.12:4,7-9; Rev.10:1-4.

Prayer is the soul’s sincere desire
Uttered or unexpressed
The motion of a hidden fire
That trembles the breast.

Prayer is the simplest form of speech
Those infant lips can try
Prayer, the sublimest strains that reach
The Majesty on high

Prayer is the contrite sinner’s voice
Returning from his ways
While angels in their songs rejoice
And cry, ” Behold! he prays

O Thou by whom we come to God
The Life, the Truth, The way
The path of prayer Thyself hast trod
Lord, teach us how to pray -James Montgomery 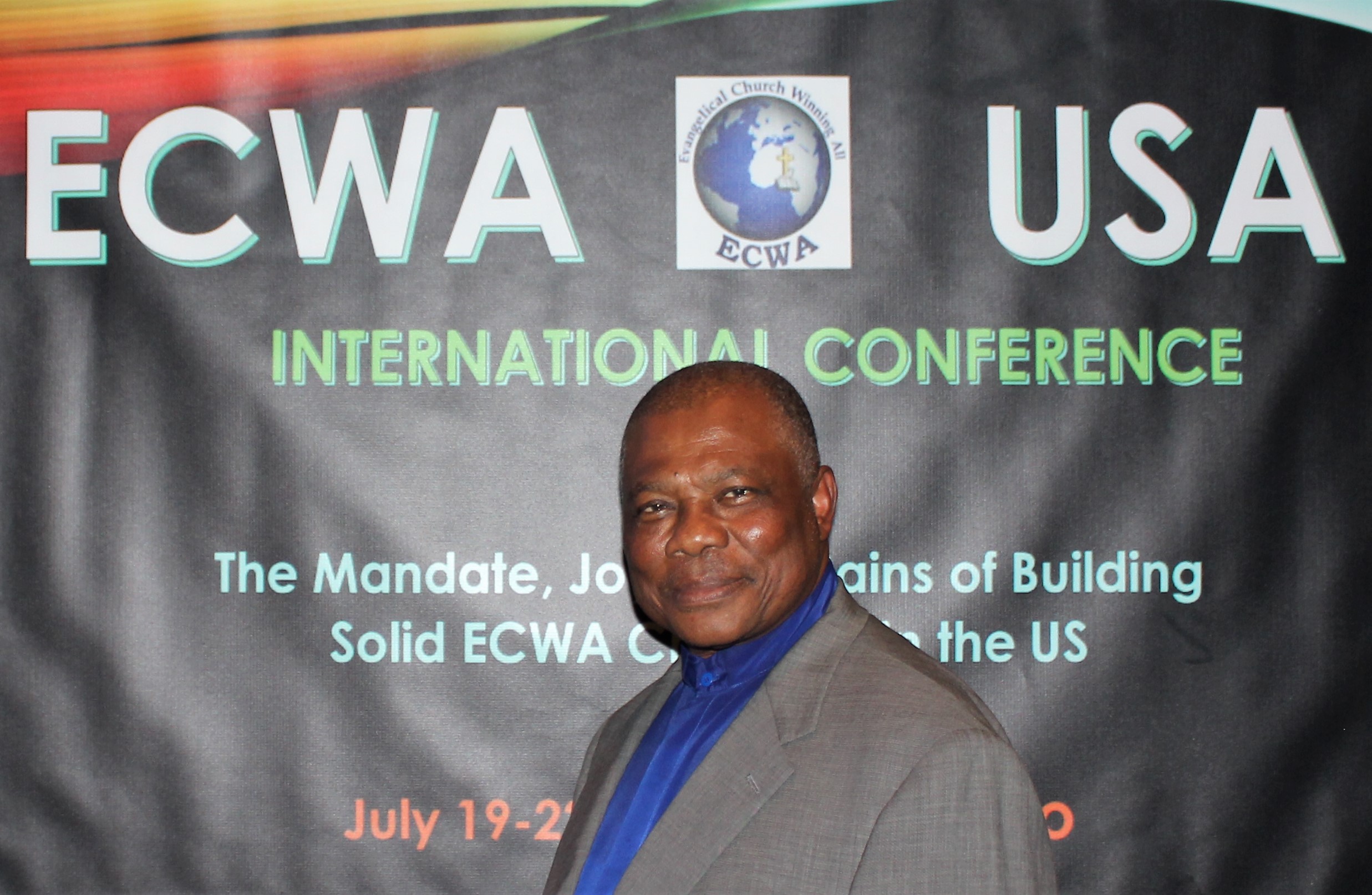 Author: Rev. Joseph Ezeigbo
Rev Joseph Ezeigbo studied at Grace Collage and Grace Theological Seminary, both in Winona Lake, IN, where he obtained his undergraduate and graduate degrees respectively. He also did some Postgraduate studies at Liberty University and Liberty Theological Seminary, Lynchburg, VA. He is the coordinator, African Missionary Outreach. Rev Ezeigbo is the currently Vice Chairman and Prayer and Renewal Facilitator ECWA USA. He has also served as Secretary and Chairman of ECWA USA DCC. Rev Ezeigbo is an advocate for prayer for the Muslim World and International Day of Prayer for the Persecuted Church, a Bible teacher for ECWA MD and Researcher – Church History and Theology.