by The Africa Study Bible (ASB) 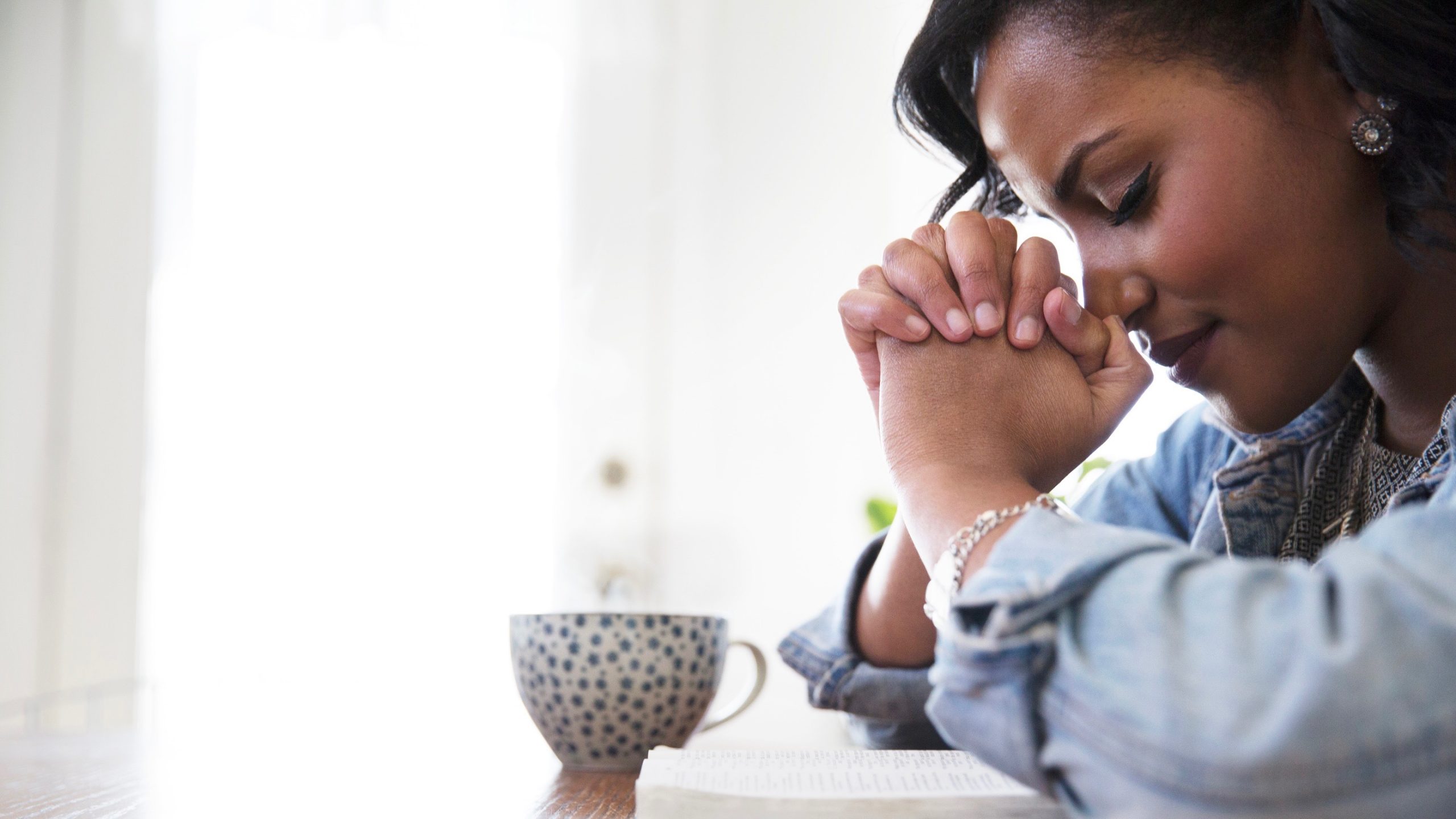 God created human beings as male and female and told them to multiply and rule over his creation (Genesis 1:27). Men and women work alongside each other while acknowledging they are different. The Bible tells of women who had a powerful influence on their children, their husbands, and their nations.

Many women stand out for their faith and courage. Deborah, the only female judge of Israel and one of only two prophet-judges (Samuel was the other), is known for her strength, courage, and leadership (Judges 4:1–5:31). Ruth and Esther each have a book in the Bible to tell their story. Esther, the queen of Persia, risked her life to plead with her husband, King Ahasuerus, to save the Jewish people (Esther 4–10).

The Bible tells of women who had a powerful influence

Although Ahab was king of Israel, it was his wife, Jezebel, who exerted great influence. When Naboth would not sell his vineyard, Jezebel had Naboth killed so that Ahab could claim the vineyard. Bathsheba demonstrated her wisdom, finesse, courtesy, and vision when she persuaded the dying King David to make Solomon, her son, king of Israel instead of Adonijah (1 Kings 1:5-40). Timothy’s Jewish mother, Eunice, and grandmother Lois modelled their “genuine faith” for Timothy (2 Timothy 1:5), helping him to learn Scripture from childhood in a way his Gentile father could not (2 Timothy 3:15). The influence of women in the Bible can be positive like Esther or destructive like Jezebel. And this is also true in our society.

Women played a significant role in the early church. Phoebe was a “deacon” in the Cenchrea church, a dear sister in the Lord who was “worthy of honour” (Romans 16:1-2). Priscilla and her husband, Aquila, were partners with Paul in ministry and hosted a church in their home (Romans 16:3-5). Among others, Paul mentioned Euodia and Syntyche, apparently prominent women in Philippi (Philippians 4:2-3).

Women in God’s Plan for Redemption

Women played an essential role in God’s plan for redemption. Several women stand out in the redemption story. It was Rebekah who heard from God and favoured Jacob, God’s chosen successor to Isaac (Genesis 25:33). The genealogy of Jesus in Matthew 1 included Tamar, who seduced her father-in-law and was most likely a Canaanite (Genesis 38:1-30). It also includes Rahab, a prostitute who is commended for her faith in the New Testament (Joshua 2:1-24; Hebrews 11:31).

Ruth, a Moabite, was a member of a tribe that was not to “be admitted to the assembly of the Lord,” but she was the grandmother of David (Deuteronomy 23:3). It also includes Bathsheba, who became part of the line of Jesus as the result of David’s sins of adultery and murder (2 Samuel 11:1–12:24). Jesus was descended from reformed sinners and foreigners, women who choose to follow and serve God.

From Eve to Mary

Our need for redemption began in the Garden of Eden. When Eve, “the mother of all who live” (Genesis 3:20), and Adam disobeyed God, they were the first to taste sin and death. But God promised that the offspring of the woman would strike the head of the serpent (Genesis 3:15). Mary, the mother of Jesus, fulfilled that prophecy. She was part of God’s plan to restore our relationship with God.

Jesus was descended from reformed sinners and foreigners, women who choose to follow and serve God

Mary was a godly, modest, and virtuous woman who trusted in God. From Mary’s heart welled up the magnificent words of praise, “Oh, how my soul praises the Lord” (Luke 1:46). Mary observed her baby son in a cradle, the boy at play, the young man learning in the synagogue and in the carpentry shop (Luke 2:52). Later, she tried to reconcile the words spoken about him (Luke 2:19) with the hostility and rejection he experienced. She was at the cross when he died and in an upper room with other believers (Acts 1:14) after his ascension and was probably there when “everyone present was filled with the Holy Spirit” (Acts 2:4).

Jesus honoured women with a respect that was unusual for his time. He spoke with a Samaritan woman of questionable reputation and revealed to her that he was the Messiah (John 4:6-26). Jesus freed Mary Magdalene of seven demons (Luke 8:2). He welcomed Mary of Bethany to sit at his feet as a disciple (Luke 10:38-42). And the first people to find out that Jesus was no longer dead but had risen were women: Mary Magdalene; Joanna; Mary, the mother of James; and Salome. (Mark 16:1; Luke 24:1-10). These women had the privilege of telling the other disciples that Jesus was alive (Matthew 28:7, 10).

Jesus honoured women with a respect that was unusual for his time.

Many women in the Bible exhibited grace, unusual courage and strength, godliness, sensitive intelligence, virtue and purity, obedience, and hard work in spite of dangerous circumstances and prejudice. Such women are honoured by God and stand out as examples for us.

The widow of Zarephath (1 Kings 17:7-24) and Dorcas (Acts 9:36) are examples of mercy ministries in their service to God’s people. In addition, Moses’ sister and Pharaoh’s daughter (Exodus 2:4-10), the maid in Naaman’s house (2 Kings 5:2-19), and the maidservant Rhoda at Mary’s house (Acts 12:11-17) are all girls who were sensitive to needs, raised their voices, and had compassion. Sarah (Genesis 21:1-7), Mrs. Manoah—Samson’s mother (Judges 13), and Elizabeth (Luke 1:57-80) conceived and raised children in old age. Rebekah, a willing bride for Isaac, was doing hard work when Abraham’s servant met her. She extended an invitation for the servant and his caravan to stay at their home: “We have plenty of straw and feed for the camels, and we have room for guests” (Genesis 24:22-26).

Half of all Africans are women. Let us not reduce their worth, silence their voices, or stifle their ministry

Do We Honour Women in Africa Today?

Women of the Bible mentored, taught, and counselled in all manner of settings. Their actions demonstrated they were history-makers, bridge-builders and life-changers. Like the women of the Bible, women in Africa have much to offer and much is expected from them. For that reason, men need to welcome them as co-labourers. Our continent is experiencing rapid technological, socio-cultural, and ecclesiastical changes that have affected how men and women relate to each other. So, we need to remain true to our Christian calling and our God-given destiny, no matter what our position.

Like the women of the Bible, women in Africa have much to offer and much is expected from them

We Must Protect Women from Accusations of Witchcraft

Today, it is unfortunate that important women are accused of being witches. Often a widow is accused of using witchcraft to cause the death of her husband. Even some church members think that widows can cause death. But no verse in the Bible says that certain people have the power to send death. Instead, the Bible tells us that God himself decides how many months we will live (Job 14:5). The church should work to protect women from these accusations.

Standing Together Against Sexual Exploitation

Like the rest of the world, Africa faces a critical problem in sexual perversion and exploitation. Women are not objects to be used and exploited but bearers of God’s image to be protected and treasured. Women and men should both keep themselves pure and “be a special utensil for honourable use” (2 Timothy 2:21). But a woman’s virginity is easily attacked, harmed, wounded, and irreparably lost if it is not properly protected.

Tamar, the daughter of King David, was not able to keep herself pure. Her half-brother, Amnon, raped her and then told his servant to “throw this woman out.” When King David heard about it, he seemed to protect the abuser rather than the abused. Because of this, Tamar lived out her life as a desolate woman and the rotten fruit from this perversion ultimately devastated David’s family (2 Samuel 13:1-33).

Our communities and churches must extend support to women. In the beautiful love poem Song of Songs, the brothers of the bride recall when she was a girl: “We have a little sister too young to have breasts. What will we do for our sister if someone asks to marry her? If she is a virgin, like a wall we will protect her with a silver tower. But if she is promiscuous, like a swinging door, we will block her door with a cedar bar” (Song of Songs 8:8-9). Every woman needs brothers—literal or spiritual—who will protect her with love and care without being oppressive.

The God of the Bible seeks justice on behalf of women. Half of all Africans are women. So, let us not reduce their worth, silence their voices, or stifle their ministry. Rather, let us give them opportunities to build up God’s Kingdom on our continent.

Author: The Africa Study Bible (ASB)
The Africa Study Bible (ASB) is an ethnically diverse, single-volume, biblical resource. Written by 350 contributors from 50 countries, it includes the Holy Bible: New Living Translation (Anglicised) and more than 2,600 features that illuminate the truth of Scripture with a unique, African perspective. The Africa Study Bible has been built from the ground up by scholars and pastors in Africa who see the critical need to make Scripture relevant to our everyday lives. It’s an all-in-one course in biblical content, theology, history, and culture. Find out more about the impact of this amazing resource at africastudybible.com.

Christian Hymns of the Faith