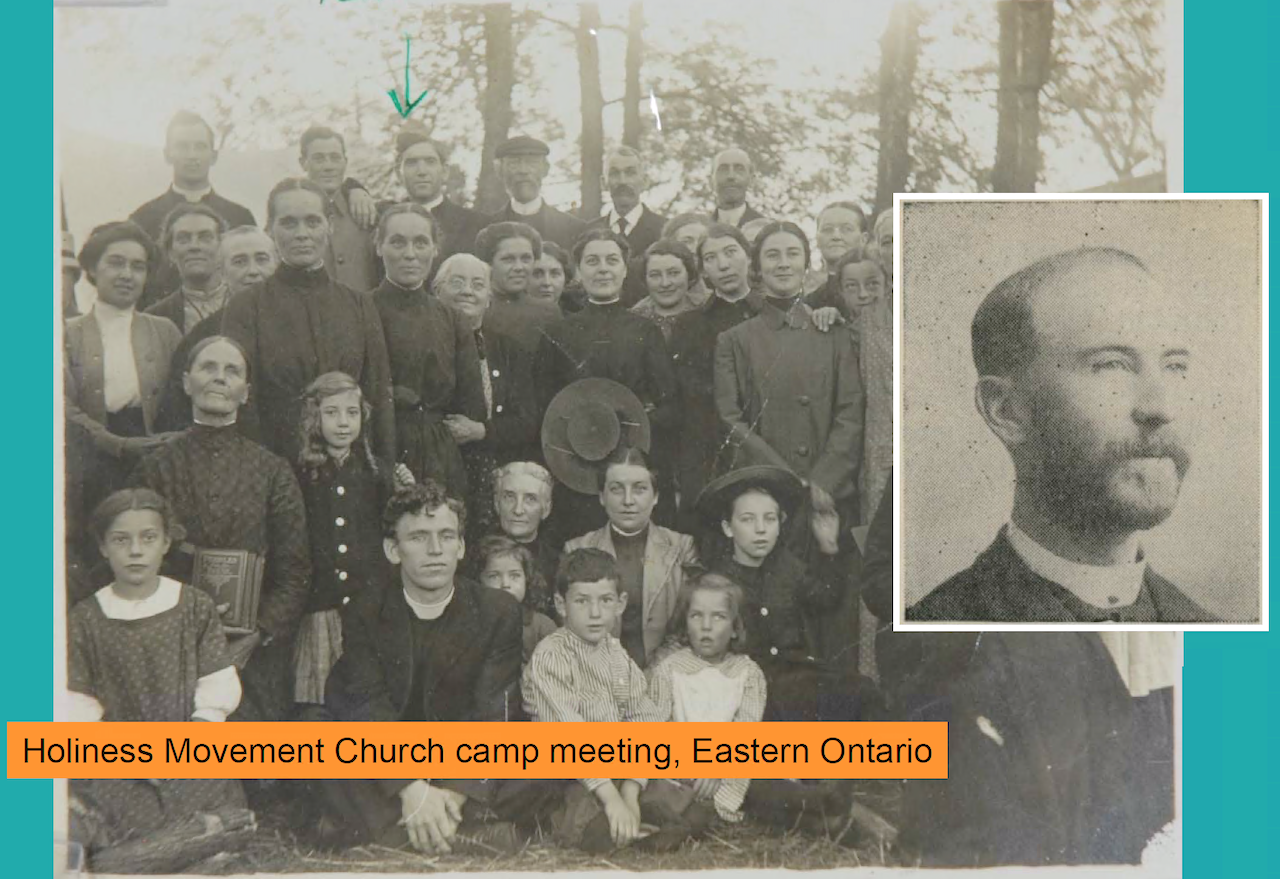 Born in Sherbrooke, Quebec, Canada, Rev. Herbert E Randall was, first of all, a Holiness Movement Church missionary in Asyut, and then a Pentecostal missionary in Cairo. Randall was born into a Methodist family in Eastern Canada. As a young man living in Ottawa he came under the influence of Methodist revivalist Rev. Ralph Horner and through his ministry came to vital Christian faith. In 1895 Horner was deposed from ministry in the Methodist Church for refusing to take a pastoral charge. Within months he birthed The Holiness Movement Church, based in Ottawa, Canada. Herbert Randall was the first missionary of this new movement with assignment to Egypt, where he arrived in April 1899.

Randall ministered in Asyut (370 kms south of Cairo) and surrounding region from 1899 to 1906. Egyptian Christian Salib Boulos described Randall’s ministry approach: “A tall, rather slender young Canadian, clothed in black apparel from head to foot, with a brown beard, walked the streets of Assiout with Bible and song book under his arm, holding meetings. These meetings were mostly attended by children sitting down on spread mats brought from their homes for the occasion, and ladies looking down from their attics.”

Joined shortly by other Canadian HMC missionaries, Randall was the worker who moved to initiate new outstations in the surrounding region. Upon arrival in Egypt he was initially taken up with the notion of reaching Muslims for Christ, however, it appears that he soon diverted his mission to “the low-hanging fruit” of Coptic Christians who desired a new experience of the spiritual life.

Following a return to Canada in 1906, Randall experienced the Pentecostal ‘baptism in the Spirit’ in Toronto and became a key figure in the early development of Pentecostalism in Canada (1907-1911). Returning with new vigor to Egypt in 1912, Randall joined a small group of Pentecostal missionaries, as the ‘experienced missionary,’ in founding The Pentecostal Church. He was involved in planting their first church in central Cairo, and for years produced an Arabic language magazine, The Morning Star, that was distributed throughout North Africa and the Middle East.

In 1959, The Holiness Movement Church in Canada and Egypt merged with The Free Methodist Church. Today, the Free Methodists in Egypt are the third largest Protestant denomination with more than 45,000 believers and 105 congregations. The Pentecostal Church eventually became part of the Assemblies of God international family in 1914. The Assemblies of God is the second largest Protestant denomination with 130 congregations and almost 200,000 believers.

Dan Sheffield, “Herbert E. Randall: A Canadian Holiness Missionary in Egypt and his Quest for More of the Holy Spirit,” Canadian Journal of Pentecostal-Charismatic Christianity, 2 (2011), 1-40.