We often overlook the tragic backdrop to Jesus’ birth. (from ECWA Archive) 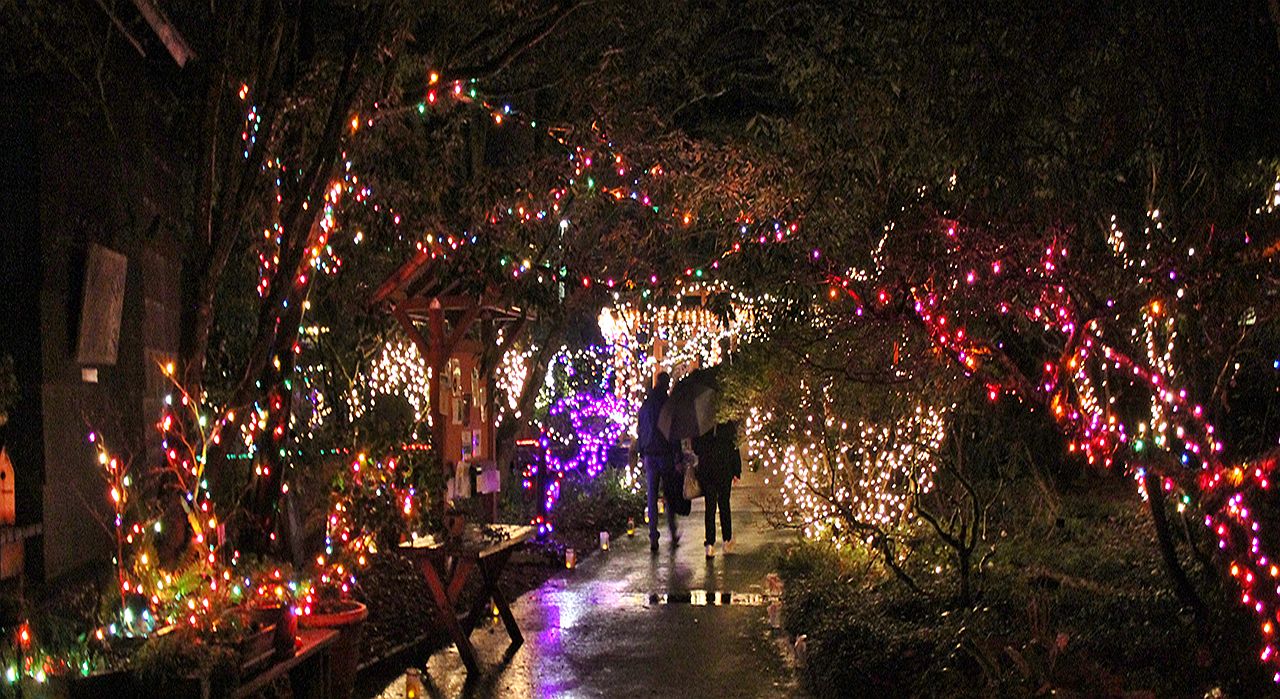 I have always loved the color gray. All my favorite hoodies, sweatpants, and T-shirts are gray. One Christmas shopping trip, my fashion-savvy mother tried to get me to “please, pick some color besides gray—something bright!” As much as I try to branch out, there is something inexplicably comfortable and comforting about the color. I feel at home in it.

Much later, the world itself seemed to turn gray. After six months of struggling with depression and self-hatred in a country that wasn’t my own, I returned home to find my nicely packaged view of how the world works shattered. Gone was the God who did things “for a reason,” the God who, if he called you to a place, would give you a deep contentment, even if circumstances were difficult.

My relationship with God went through a fundamental shift then, and the way I see the world has never been the same. As I struggle off and on with depression, I live through seasons of lighter and darker shades of gray. Instead of rose-colored glasses, I see the world through a dimming and dulling filter.

But even as the world has turned gray, it has also become more complex. It is in some ways too simple to say that I’ve gone from seeing the world as “black and white” to seeing it as gray. Of course, as a Christian, I affirm that some things are black and white; there is both real evil and real good in the world. But beyond that, evil and good can become so entangled in this time-between-times that it can be difficult to see where one ends and the other begins. Seeing the world through the lens of Scripture demands we recognize this shades-of-gray complexity of our world.

The human minds craves simplicity. We tend to simplify otherwise complex situations so that solutions are clear to us. Whether it’s terrorist attacks in Paris or protests against racism on college campuses, we find comfort knowing what the response ought to be, not to mention why it happened in the first place. We simply need more air strikes and more surveillance. We need to stop accepting refugees. We need less war, not more. We need to stop coddling students with political correctness.

I see this simplification happen on a personal level too, with well-intended attempts to explain or answer our suffering. Think of the clichés: God doesn’t give us more than we can handle. Everything happens for a reason. It was just her time. Behind these sentiments, we find the good desire to affirm that God loves us and has our best interests at heart. But too often such simplifications—of individual suffering or suffering on a larger scale—belie our need to control the narrative. If we can oversimplify the situation, then we can understand it and protect ourselves. But in a world tainted by sin, circumstances are rarely that straightforward, as we learn from Scripture itself.

Many have recently invoked Joseph, Mary, and Jesus in their flight to Egypt as “Middle Eastern refugees,” in parallel to present-day refugees. And yet, their story—even in the pages of the New Testament—isn’t an isolated account of a happy-ending journey. What about the other babies and families of Matthew 2, those left behind to suffer the consequences of King Herod’s lust for power? What’s the reason for that? It is easy to see why this part of the story is often left out of our Advent retellings. In the midst of the joy and hope surrounding Jesus’ birth, we find the insertion of one of the most brutal acts depicted in the New Testament.

This detail doesn’t get included as a casual aside. Matthew tells us twice that Herod is fulfilling prophecy. First, Jesus’ family flees to Egypt, having been warned of the danger. This fulfills Hosea 11:1, “Out of Egypt I called my son.” Second—and even more striking—is the “fulfillment” of the words of Jeremiah:

A voice was heard in Ramah,
Weeping and great mourning,
Rachel weeping for her children;
And she refused to be comforted,
Because they were no more.

Imagine one of those Jewish mothers of Bethlehem. Her one-year-old son, having made it through those first few critical months of life, has been taken by her own king, his life snuffed out in the offhand chance that he might pose a threat. And she was powerless to stop it. She did not have the benefit of the warning that Joseph received. Perhaps she didn’t have the means to flee even if she had been warned. Now imagine had she been told that her suffering and loss fulfilled a prophecy, that it’s part and parcel of the sending of God’s Anointed One, part of God’s “plan.” It rings a bit hollow, doesn’t it?

The questions abound: What about Herod? Ultimately, his acts fulfill the prophecies. Or do they? Just because this is the way it happened, is this the way it had to happen? Could God have fulfilled the prophecies in another way? Let’s put it even more strongly: Did God want those babies to die? Is Matthew implying he did? Like any time we try to grapple with the hows and whys of God’s plan, these are tough questions. There aren’t easy answers. And perhaps that is precisely the point.

Too often we read Scripture expecting nice, neat packages. I suspect this is why some Christians struggle with the Old Testament, where it’s harder to grasp the “whys” behind the tough stories. But Scripture mirrors the complexity of the human situation it is meant to address. And Scripture often whispers, even when we would prefer that it shout.

This Advent and Christmas, I am challenging myself to pay attention to the silences of Scripture—the places where Scripture invites us to ask questions, to wrestle with the text, to wrestle with God, as Jacob did. In the shades of gray, I can listen for the Spirit to whisper in the details I might otherwise overlook.

John Calvin spoke of Scripture as “spectacles” that teach us to see God and the world rightly. As we allow Scripture to shape our vision, we may find that we no longer need the easy answers, the clichéd responses, the knee-jerk reactions. We may find ourselves able to sit and be silent.

Once upon a time, not far from Bethlehem, another prophecy was fulfilled: a strong empire executed a lowly criminal, with the religious leaders cheering them along the way. Many in that time thought they could see the distinctions between black and white. It took a resurrection to open their eyes. We too live in a time when “we see but a poor reflection as in a mirror.” Let us pray for eyes to see the world in all its complexity…until that time when “we shall see face to face” (1 Cor. 13:12).