by James Kalb | In any event, individual goals aren’t enough for a workable society. There also has to be an overarching principle, traditionally the common good, that ties everything together. Liberal society doesn’t like to talk about the common good, since it views the good as a matter of personal taste, so it takes equal freedom as its overarching principle, understanding it to mean that everyone should be able to get what he wants, as much and equally as possible (image, annakusuma.com).

Man is a rational animal. From a moral standpoint, that means he aspires to act—and often does act—in accordance with principles that join together to form an ideal of life.

He’s also social, so his ideals aren’t simply individual. In part that’s because they relate to social functions. What is it to be a proper mother, father, soldier, scholar, or priest? And in part it’s because they reflect a tradition of life and thought. So we have the Stoic ideal, the Christian ideal, the contemplative ideal, the ideal of the liberally educated man, and so on.

All ideals, even when they don’t relate to specific social functions, have social as well as individual effects. They guide what we do, and give our lives purpose, order, and dignity by connecting them to higher and broader concerns. They define who we and our people are, and make us answerable to others and our own sense of honor.

At least that’s how things used to work. Every major occupation had an ideal of life associated with it. The soldier and priest are obvious examples, but there was also an idealized peasant (the Russian word for peasant simply meant “Christian”) and an idealized merchant—prudent and reliable in business affairs, but also public-spirited and concerned for the well-being of his fellow merchants and the larger community. And people of every kind were subject to the ideals of life associated with family, community membership, and religion.

All of which now sounds old-fashioned and even medieval. After all, modern society isn’t organized by ranks and orders and their associated ideals of life but by markets, business enterprises, regulatory bureaucracies, consumer choices, and the machinery of persuasion. The result is that today ideals give place as a guide for life to fashion, legal standards, political correctness, and personal ambitions and lifestyle choices.

And why not? If markets, managers, experts, bureaucrats, and PR men run everything, ideals of life get in the way. Who today favors stereotypical views that lead people to resist change? What responsible person wants a subordinate employee to stand on a point of honor, or insist on his idea of what a Christian man ought to do? Such conduct is considered narrow-minded, self-centered, obstructive, and antisocial. To many people it suggests serious psychological disturbance.

The results of the change are pervasive. Honor disappears, since it implies identification with a recognized ideal of life. Character, a more general term that implies steadfast adherence to a system of standards, loses its significance. People mention it opportunistically, for example as a way of attacking political opponents, but it can’t count for much in a world in which tolerance is the highest virtue and rigidity a very serious vice.

Even so, people have to make decisions somehow, and they’re happier if their lives feel in order, so they still need organizing principles. But what?

One possibility is authenticity, discovering who you really are by looking within and (as people used to say) “doing your own thing.” But that doesn’t really suit present-day society. After all, it implies I am this and you are that, which seems unequal, unfree, and rigid. For that reason it seems likely, for example, that current understandings of “gender identity,” although useful rhetorically as a way to debunk sex as an objective natural category, will eventually give way to the “gender fluidity” suggested by the current multiplication of gender categories.

There’s also the problem that few if any succeed in discovering their true inner selves apart from an overall view such as Catholicism that tells them what those selves are. But orthodox religion and other settled systematic views are now thought rigid, stereotyped, and unsuitable for modern life. So they won’t serve to save authenticity from incoherence.

That mostly leaves careerism, devotion to doing well in a money-making occupation; professionalism, complying with the standards that govern the occupation; and consumerism, spending the resulting income in accordance with intelligently developed taste. As organizing principles they have some advantages, since they keep people busy and mostly direct their efforts toward useful or at least inoffensive ends. On the other hand, their focus is much too narrow to support a way of life that is satisfactory individually or socially. Also, they work best for healthy, energetic, talented, and focused people, and that doesn’t include everyone. So putting them first means growing class divisions, and for non-careerists it often means drift, drugs, and other distractions and intoxicants.

In any event, individual goals aren’t enough for a workable society. There also has to be an overarching principle, traditionally the common good, that ties everything together. Liberal society doesn’t like to talk about the common good, since it views the good as a matter of personal taste, so it takes equal freedom as its overarching principle, understanding it to mean that everyone should be able to get what he wants, as much and equally as possible.

A current application of that principle is political correctness, which tells us that equal freedom requires continuous revision of customs and attitudes to get rid of inequalities and restrictions related to sex, religion, cultural heritage, and other aspects of traditional social organization. Not surprisingly, suppression of some inequalities shifts the work of social organization to others, so inequalities and restrictions based on modern methods of organization—money, ownership, certified expertise, bureaucratic position, political affiliation, government regulation—are increasing.

Since life remains unequal and unfree, equal freedom fails on its own terms as an ultimate principle. Nor does it have anything to say about the good life, and the damage it does to traditional social organization leaves important human needs, such as those relating to family life, largely unmet.

It turns out, then, that the principles intended to replace traditional ideals of life don’t work well. The overall effect of their growing dominance is that substantive standards for conduct disappear, so the way people think about life becomes irrational. They come to assume that conduct is determined less by standards and ideals oriented toward a reasonable understanding of life than by impulse, inclination, and personality, which is understood as a complex of habitual tendencies. Even if conduct is ordered toward an ultimate goal, such as career success, the goal is understood as simply a personal choice and thus arbitrary.

At bottom, then, the current view is that we happen to prefer some things to others, so we do what we feel like doing, and not much more can be said about the matter. That situation offers the Church a golden opportunity for evangelization, since it’s so unsatisfying, but unfortunately it has deeply affected how people within the Church look at things. Senior churchmen now tell us that “realities are greater than ideas,” so we should downplay doctrine and adopt an extreme emphasis on discernment that turns morality into something rather like the pursuit of authenticity. Such tendencies have led some bishops, cardinals, and heads of religious orders to go so far as to teach that it’s impossible for some people to avoid adultery, so Christ’s emphatic comments on the topic can’t be taken seriously.

So much for the ability of the Church to appeal to people who want a way of living and thinking about life better than the one fostered by current confusions and errors. So much also for John the Baptist and Saint Thomas More, both of whom had their heads chopped off because they came down on Christ’s side in disputes relating to adulterous marriages. Today, it seems, they would be told to follow the paths of accompaniment and ecumenism rather than make such a fuss.

The executions raise an important issue. In the Republic Plato notes that his democratic regime, which is based on the liberation of preference, soon collapses into a tyrannical regime based on the obsessions of the strongest. What else can happen when no higher principle keeps the liberated preferences in order? So current tendencies that abolish rational conceptions of life aren’t taking us anyplace good. It seems then that instead of accompaniment we need a decisive break. For that deeply humane purpose nothing would be more helpful than renewed emphasis on the traditional doctrine and discipline of the Church. Once again, it appears that if the Church truly wants to help the world she should simply be the Church.

You may read the original article in the Catholic World Report. 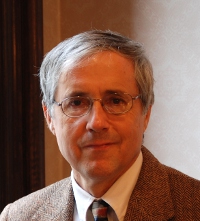 James Kalb is a lawyer, independent scholar, and Catholic convert who lives in Brooklyn, New York. He is the author of The Tyranny of Liberalism: Understanding and Overcoming Administered Freedom, Inquisitorial Tolerance, and Equality by Command (ISI Books, 2008), and, most recently, Against Inclusiveness: How the Diversity Regime is Flattening America and the West and What to Do About It (Angelico Press, 2013).