by Mike Boling | All in all, I came away with a deeper appreciation and understanding of the debate that took place during this period and why biblical Christology is so crucial.

It has been some time since I dug into a good “nerdy” theological style text. Over the past few months, I had tried to give my brain a bit of a break after another breakneck pace of reading last year. The kind folks at IVP Academic sent in my direction a book which at first glance looked like something I might really enjoy and my initial hunch was correct.

The Earliest Christologies: Five Images of Christ in the Post-Apostolic Age by Dr. James Papandrea is a short yet effective journey through five popular concepts of Christology in vogue in the formative years of the church, in particular, the Post-Apostolic Age. Anyone with even a cursory understanding of this period of Church History is aware there were a great many systems of belief being promoted. Some were attempts to work through some rather difficult elements of theology while others were quite frankly a product of heretical doctrines such as Gnosticism.

Our understanding of who Messiah resides at the center of our theology, and is essential to root oneself in a correct Christology. Furthermore, having a historical perspective such as provided by Papandrea in his helpful book will greatly assist in sorting truth from error as well as enabling one to understand where the errant doctrines derived from and why they are incorrect from a biblical perspective.

Discussions on topics such as Christology can often become very dry and mired in a plethora of theological terminology that leaves the reader with a lot of facts but not a clear understanding of the issues at hand. Papandrea avoids such an approach, instead focusing on walking the reader via short yet insightful chapters that outline the five arguably most popular and influential Christologies of the period.

Ultimately, and correct I might add, Papandrea reveals and outlines the Scriptural validity of Logos Christology and how it is firmly rooted in the two natures of the Messiah. Perhaps what I appreciated most was the engagement of the deleterious beliefs found in Gnosticism, an insidious system of belief that continues to rear its ugly head in far too many doctrines some hold to even today. Papandrea does an excellent job of exposing the lies and the theological fallacies of Gnosticism, in particular when it comes to developing a biblical Christology.

I highly recommend this book. The author presents the material in a manner that will be easily understood by those who may not be fully familiar with the theological details of Christology while at the same time providing those who have a bit more insight into this issue with a good deal of excellent information upon which to ruminate upon and study. All in all, I came away with a deeper appreciation and understanding of the debate that took place during this period and why biblical Christology is so crucial. 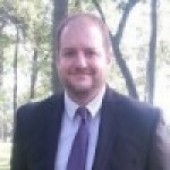 Mike Boling lives in Belleville, IL, a suburb of St. Louis, MO with his wife Erica, adopted daughter Alissa, two cats Molly and Sweetie Pie and horse Beckham. After spending eight years in the United States Navy as a Yeoman, he has been employed for the past ten years by the National Geospatial-Intelligence Agency (NGA) where he oversees advanced educational programs. Michael holds a Bachelor of Science degree in Religion (Biblical Studies) from Liberty University and is currently closing in on completing a Master of Arts in Religion (Biblical Studies) from Liberty Baptist Theological Seminary. He is an avid reader and blogger.

Prevailing Prayers of the Bible and Relentless Faith