by Scott Murphy Admit it. It’s been a month – or two – since you last visited the gym or do any form of exercise. You had too much going on in your plate plus the holiday season got you busy, which makes exercising a bit of a hassle. Still, […]

by Rev. Sunday Bwanhot The fear of the Lord is the beginning of knowledge. But fools despise wisdom and discipline. Pro. 1:7 As we transition into the New Year and 2020 Decade, we need wisdom to live right and this verse gives us the perfect recipe. The starting place is […]

by Rev. Sunday Bwanhot, ECWA USA DCC Chairman Can you imagine what our situation would have been today if not for the gift of God’s Son – Jesus Christ? Our response then must be to love and live for Christ alone as we are commanded in 2 Corth. 5:14-15. I […] 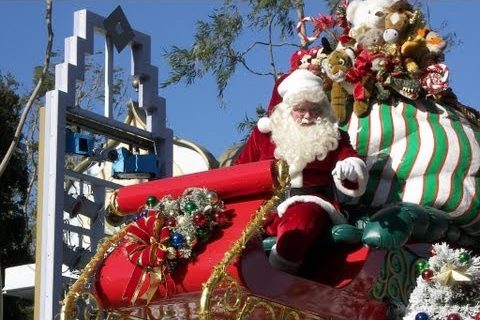 by eCommunicator   Author: eCommunicator ECWA Editorial Board: Our editorial board or advisory board consists of a group of well published, prominent professors, with academic credentials and a detailed knowledge of their subject area.

by Got Questions Tradition says that Francis of Assisi created the very first Christmas nativity scene in AD 1223 after a trip to the Holy Land and Christ’s birthplace. So began a new tradition that took root in many Western countries. Today, we can see nativity scenes in front of […]

by eCommunicator The “war on Christmas” is a concerted effort to disassociate Jesus Christ from the Christmas holiday by removing the word “Christmas” from public discourse. Are we going back to dark ages, like in the 17th century, when the Puritans had laws forbidding the celebration of Christmas? With the […]

by Rev. Sunday Bwanhot, ECWA USA DCC Chairman As the year closes out the flurry of activities to celebrate CHRISTMAS AND NEW YEAR accentuates to a high crescendo that deafens our reasoning and common-sense in several areas. One of such areas is the credit card bills we recklessly rake up […]

by ECWA Editorial Board | This U.S. federal holiday is celebrated on the last Monday of May to honor the men and